This article is part of our latest Design special report, about new creative pathways shaped by the pandemic.

As the first winter of the pandemic drew to a close, someone in my Twitter feed enthused about an app called Libby that made it especially easy to borrow and read library books. I downloaded it, input my New York Public Library card number and proceeded to binge. I devoured everything by and about Isaac Babel, who wrote stories based on his life in early-20th-century Odessa, and all of Mick Herron’s Slough House books, about a group of sad, incompetent British spies.

Libby was created by OverDrive, a Cleveland-based company that digitizes books and other publications and distributes them to 90 percent of North American libraries. The app debuted in 2017 but, no surprise, had its biggest bump in growth in 2020, a 33 percent increase in circulation compared with 2019. What distinguishes Libby from other library apps, like the New York Public Library’s SimplyE, is that it allows you to read on a Kindle (instead of, say, your phone). And it has a definite style, minimalist and sweet.

Libby suggests, intentionally or not, that public libraries, the actual buildings, are no longer necessary, that libraries have become — like everything and everyone else — place-less purveyors of content. But if during the past couple of years you replaced in-person library visits with an app, you may be missing out. What many public libraries have done, despite Covid and because of it, is consciously enhance their physical presence on the street and in the neighborhood.

My own heightened appreciation of the non-virtual library began one chilly evening last October. I attended a performance of excerpts from a new opera called “A Marvelous Order,” about the critic Jane Jacobs and her urban planning nemesis, Robert Moses, in essence, an opera about the value of public space. Appropriately, it was staged on the broad steps and fan-shaped plaza in front of Brooklyn’s Art Deco-style Central Library, with the composer, Judd Greenstein, conducting a small ensemble of musicians and singers and with animated graphics by Joshua Frankel projected on either side of the library’s ornate front entrance.

The plaza in front of the Central Library is probably the best outdoor space in Brooklyn’s library system (which is separate from the New York Public Library system). Most of Brooklyn’s 61 libraries, including its Carnegie buildings, dating from the early 20th century, lack any kind of useful, accessible exterior space. Or so it seemed.

But in January 2020, the library’s chief strategy officer, David Giles, working with a team that included Annie Barrett of Aalso Architects, embarked on a meticulous study called “Activating Exteriors,” to forge, in Ms. Barrett’s words, a “connection between a civic institution and its neighborhood.” The idea, initially, was to find ways to remove fences and other obstructions that rendered the libraries’ grounds inaccessible to the public.

A few months after Covid hit, the long-term project was transformed into what Ms. Barrett called a “deployable strategy.” Said Mr. Giles, “We pushed into tactical mode.”

The library decided it had to move at least some of its services outdoors. Even though the libraries were closed, the Wi-Fi was left on and, over time, the Brooklyn Public Library installed signal-boosting antennas atop most branches so that New Yorkers who lack home internet connections could have access to the web from outside. Then, at 30 or so branches, they positioned groups of cafe tables and chairs, plus the occasional book cart, wherever they would fit, on sidewalks or on narrow strips of grass.

But the boldest move was the invention of the “Roadway Reading Room,” designed by Ms. Barrett and her firm, and based on the city Department of Transportation’s standards for restaurant “streeteries.” These little structures were intended to embody the gravitas associated with public libraries and also a whiff of grandeur. “We weren’t going to do things like string party lights across the sidewalk,” Ms. Barrett recalled.

The elemental sheds, with distinctive, barrel-vaulted roofs, were fabricated by Bednark Studio, a firm at the Brooklyn Navy Yard, painted an eye-catching electric blue and deposited curbside in front of the Kensington, Crown Heights and Walt Whitman (Fort Greene) branches. According to Mr. Giles, the outdoor seating attracted both regular library patrons and random people looking for a spot to rest. Occasionally, police officers would use the tables to eat lunch, and, he told me, “in Brighton Beach, people would play chess.”

The outdoor reading rooms were a bit neglected by the time I visited Walt Whitman in February; the chairs and tables had been removed and the structure was hemmed in by illegally parked cars. But the idea they represent — reinvention of the public library as a free-form community hub — continues to evolve. And, as it happens, this evolution is what positioned some libraries to function especially well during the pandemic.

The new Greenpoint Library and Environmental Education Center, for example, funded in part by a $5 million grant from the settlement for ExxonMobil’s massive Newtown Creek oil spill, was conceived as a disseminator of environmental awareness and knowledge. When it first opened in September 2020, it could offer books only on a “grab and go” basis. But the design for its environmental mission, by the architecture firm Marble Fairbanks and landscape architecture firm SCAPE, provided an unusual amount of outdoor space, including a rooftop “reading garden” (with bleachers for the readers and shrubbery for the birds) and a second rooftop lined with planters where community members could learn to cultivate vegetables and flowers.

“From the beginning we were investigating all the different ways that outdoor space would be used by the community,” said the architect Karen Fairbanks. The rooftop spaces have been well used over the past year and a half for events including evening stargazing and workshops on subjects like technology for teens and sewing.

That the roof deck became a public library status symbol during a period when we could only safely gather outdoors is a happy accident. In Washington, D.C., for instance, the Dutch architecture firm Mecanoo included a spacious roof garden in its renovation plans for the central branch of the city’s Martin Luther King Jr. Memorial Library, a hard-edge 1972 Ludwig Mies van der Rohe building. Those plans were completed in 2016. The rooftop terrace, however, with its verdant landscape of wild grasses and flowers, made its public debut in September 2020. “It’s been by far the best used part of the building,” said Richard Reyes-Gavilan, executive director of the city’s libraries.

The King roof deck is, at once, a place to temporarily escape the constraints of the virus and evidence of an underlying trend, Mr. Reyes-Gavilan said. “Libraries have been trying to figure out ways to make their buildings less transactional. We want people to come and stay for long periods of time to see the library as their co-working space or their third place.”

Mecanoo (working with New York’s Beyer Blinder Belle Architects and Planners) also included a roof deck in its redesign of the long-neglected Mid-Manhattan Library, now renamed (for the project’s biggest donor) the Stavros Niarchos Foundation Library. On my first visit, on a warm autumn afternoon, I was astonished by the generosity of the concept: It is a public rooftop in the middle of Manhattan where you can sit quietly and read, or drink coffee (there’s a branch of Amy’s Bread), for as long as you’d like.

“I would like to say that we were brilliant and foresaw Covid,” Iris Weinshall, the New York Public Library’s chief operating officer, told me. Instead the roof deck emerged from community gatherings where attendees argued for more and better meeting and event space.

Mecanoo’s founding partner and creative director, Francine Houben, was offended by the American habit of wasting precious roof space on noisy HVAC systems. The architect worked with her team to devise an oddly shaped container in copper-patina green, known as the “wizard’s hat,” to hide and muffle all the machinery, thereby liberating the roof “for the people.”

Of course, all of these efforts to expand the reach of the public library have been relatively modest. Elsewhere in the world, the notion that libraries are synonymous with openness has inspired bolder gestures.

The most spectacular (and, arguably, most conflicted) example may be the reading room of the Beijing Sub-Center Library designed by the Norwegian firm Snohetta. Currently under construction, this indoor space encompasses more than four acres of undulating, glass-enclosed terrain supported by columns that the architects liken to ginkgo trees. Picture Zion National Park, but with tiers of bleachers rather than rock formations. “It’s really designed to be a piece of nature,” observed Snohetta’s partner, Robert Greenwood. “It’s just so big that it feels like you are out in a valley; you’re on a hillside.”

As Mr. Reyes-Gavilan put it about the King Memorial Library roof deck, “When I’m up there on a warm day like today, people are so thankful that such a space exists.” Or, as Ms. Houben, who argues that every library needs a garden, suggested, “A library should be so nice that you bring your own book, right?”

Karrie Jacobs is a New York-based writer specializing in architecture, design and urbanism. 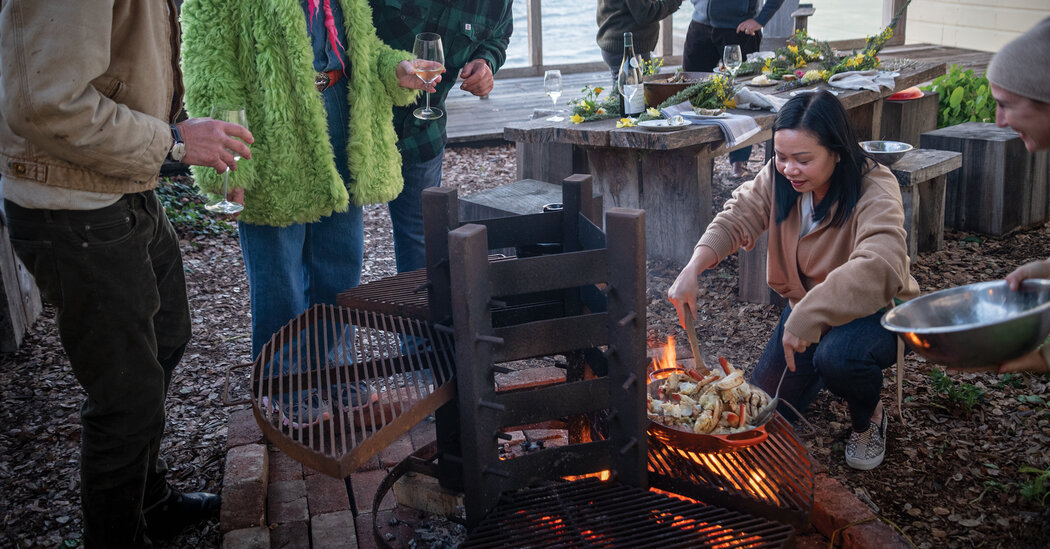 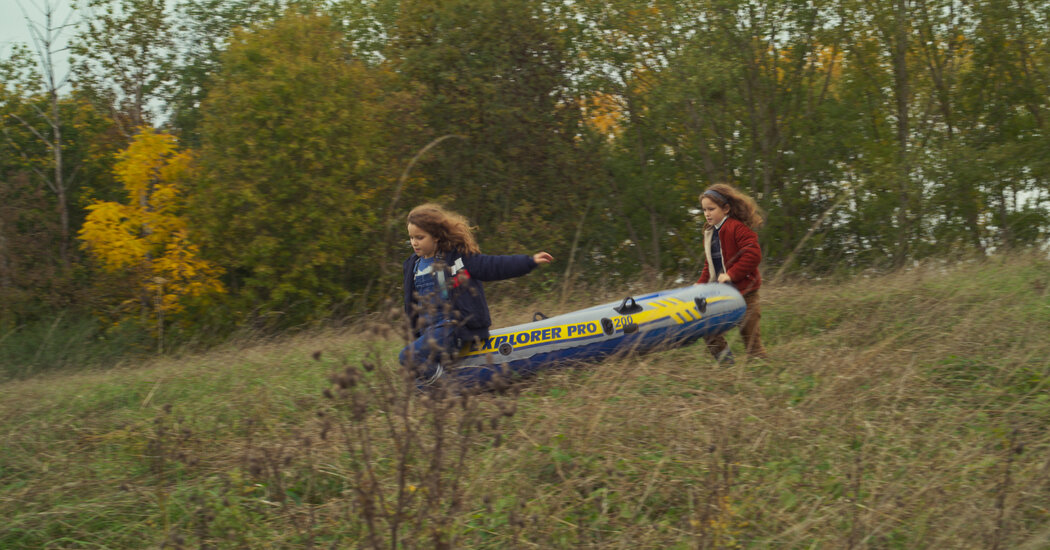