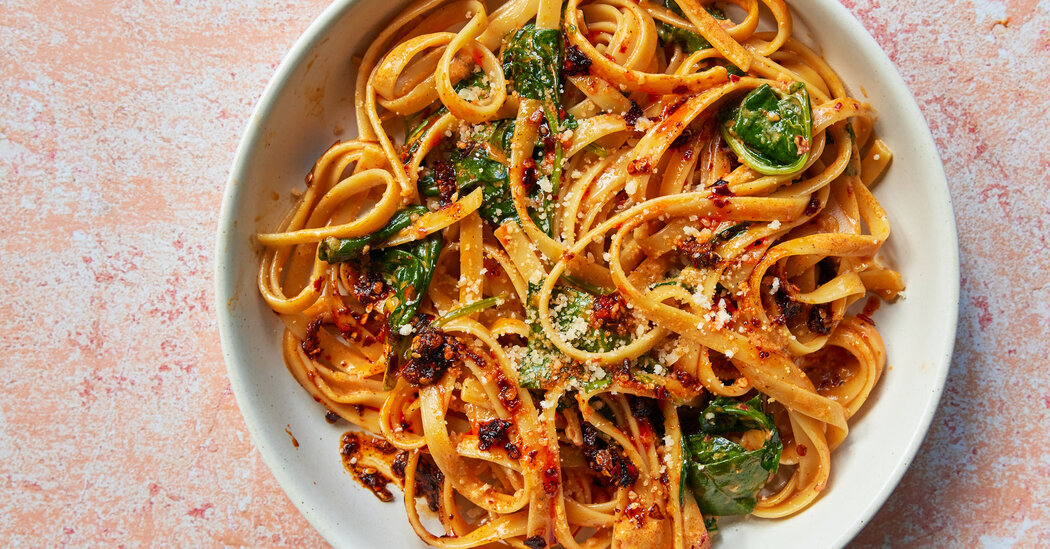 This isn’t a newsletter about Thanksgiving. But it is a newsletter about the days leading up to Thanksgiving, three weeknights for fast, easy dinners. My personal guidelines for those days: Make everything as simple as possible. Don’t cook or eat anything that echoes the sweet and mushy dishes (I say this with love) of the Thanksgiving menu. And don’t make roast chicken, which is too turkeylike in a week when I’ll be wrangling a gigantic bird and its interminable leftovers.

We usually have pasta at my house the night before Thanksgiving, which isn’t so much a tradition as a default. It generates enthusiasm and works as easily for one or two people as it does for a group.

And while I said this wasn’t a newsletter about Thanksgiving, it would be totally irresponsible of me not to remind you of the amazing, easy, impressive Thanksgiving recipes we have on New York Times Cooking. A whole new menu from Ina Garten that relies on store-bought shortcuts. (Ina heads will love this video.) A brilliant new turkey recipe from Kenji López-Alt. Eric Kim’s new stuffing (also with a video). Three potato recipes from Claire Saffitz, such as this garlicky mashed potato cake (another video!). Three salad recipes from Yewande Komolafe, including a beet salad with coriander-yogurt dressing. We have a stunning vegetarian menu from Alexa Weibel (including her ombré gratin, already internet-famous, and her ginger beer-glazed squash, which would also shine alongside a meat main course). We have pies! We have desserts that aren’t pie! So many recipes!

We also have a sale: For a limited time, you can subscribe to New York Times Cooking and get 50 percent off your first year. Reach out to me anytime at [email protected], especially if you need recipe suggestions for the holiday. Happy Thanksgiving.

2. One-Pan Orzo With Spinach and Feta

Melissa Clark’s appealingly green one-pot pasta is a light, veggie-laden way to feed yourself before the huge meal. Shrimp or salmon would be a good addition if you wanted to stretch it further or think of it as more of a side.

A few weeks ago, when I wrote about feeding kids, a reader emailed me about this dish, saying it was her children’s “all-time favorite recipe.” At first I was surprised. It’s a great recipe by Alexa Weibel, but it seems somewhat sophisticated for kids. Then I looked closer and it made sense: creamy sauce, chewy chickpeas, long strands of pasta. It’s not fancy or particularly expensive to make, but it feels a little luxurious.

This is exactly the kind of dish I want for the night before Thanksgiving — hearty and enticing, excellent for a crowd and easy to assemble. It serves four, but you could stretch it with bread (ooh, or garlic bread), salad or vegetable sides. Or you could scale up the recipe and use a Dutch oven (though in that case, to be safe, I’d parboil the noodles first to make sure they cook through to your liking).

View all recipes in your weekly plan.

5 New Recipes to Get Excited About

The Best and Most Memorable Wines of 2022 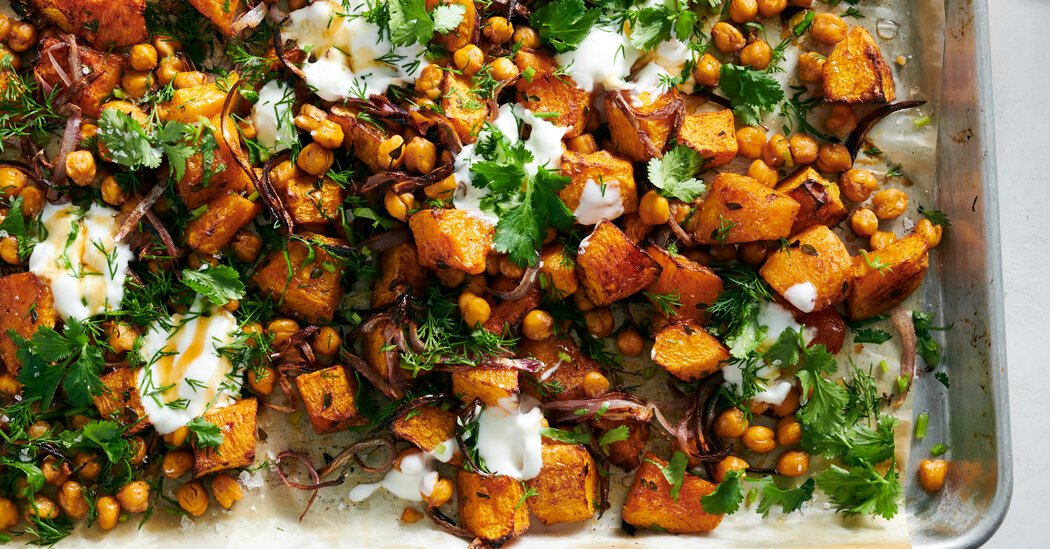 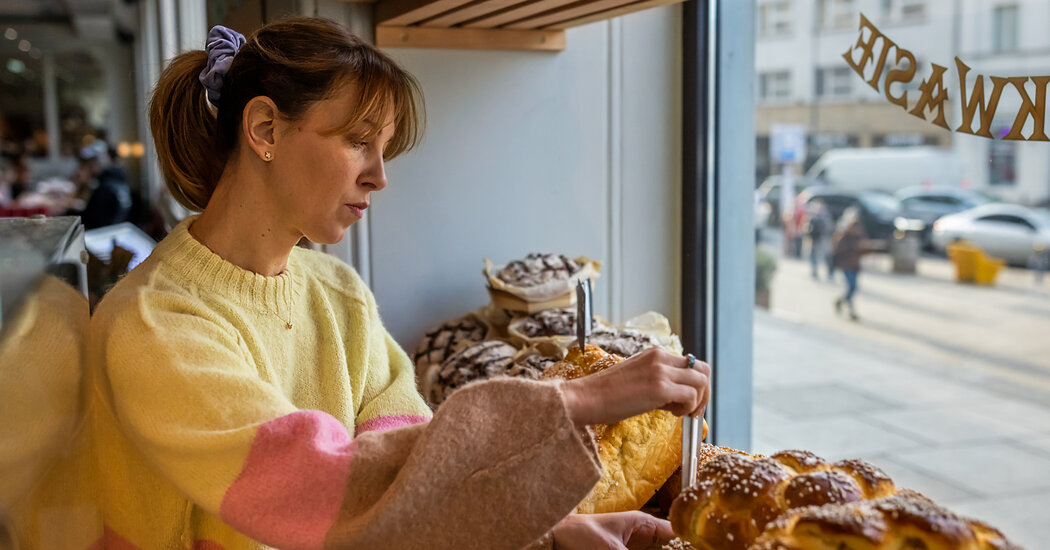 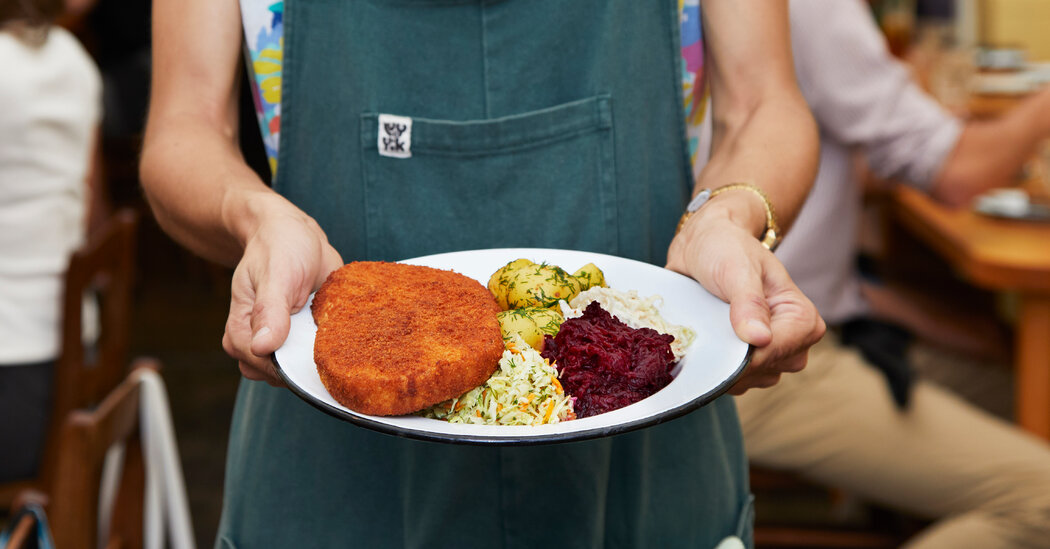 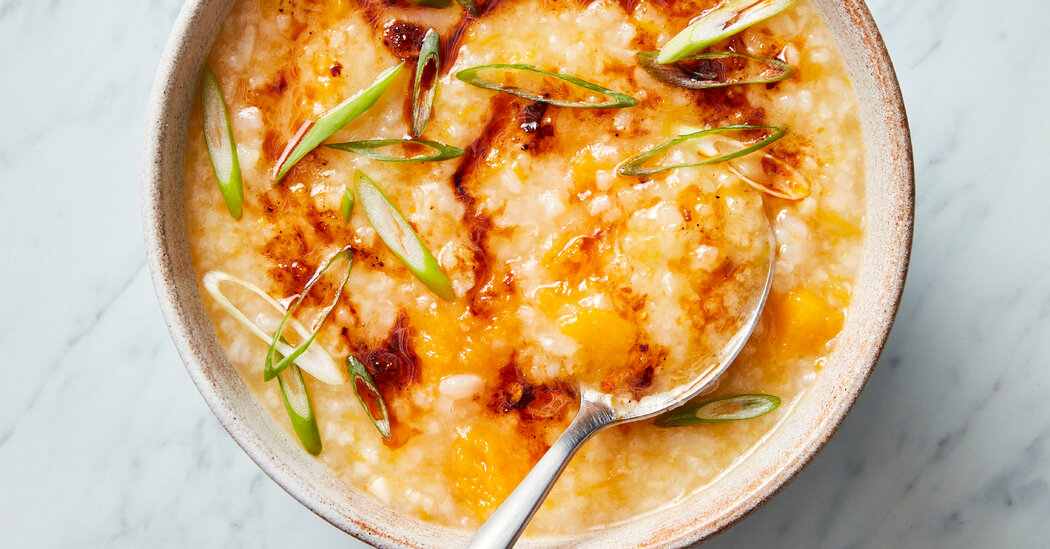 5 New Recipes to Get Excited About