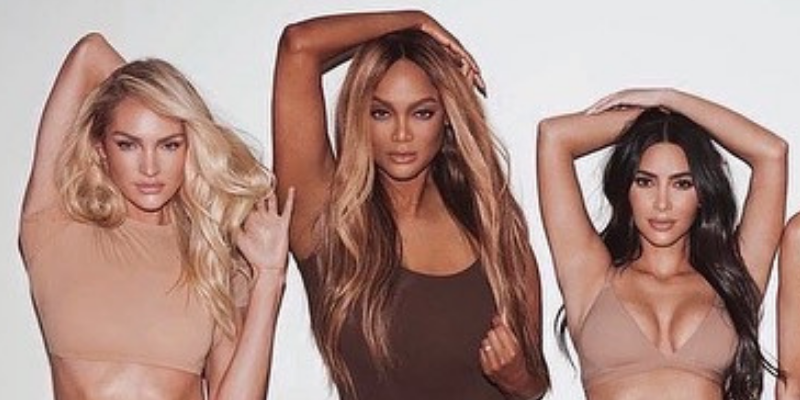 However, the new campaign has been met with some controversy as the brand has been accused of “horrendous” photoshopping of Banks in the images released.

Popular Instagram account known as ‘Problematic Fame’ – a page which aims to spread “awareness on how Instagram can impact beauty standards” – posted a screenshot of Banks from the campaign video alongside the images shot claiming her body has been photoshopped.

“Appalled to see the amount of photoshop done to Tyra Banks’ body in Kim Kardashian’s new Skims and campaign,” the account stated. “For a brand that prides themselves on body positivity and inclusivity, this is low.”

In another side-by-side post, the account said, “In what world does editing Tyra’s body into a clone of Kim’s endorse any sort of body positivity and inclusivity? Tyra’s body is perfect, this photoshop is horrendous and completely unnecessary, disappointing.”

Not the first photoshop claim

It’s not the first time Kardashian’s brand has been accused of photoshopping its campaigns.

Last year, a Skims advert was doing the rounds on the internet where Kardashian was seen wearing a pair of nude Skims underwear.

The reality star is seen running her fingers down her waist into her hips. However, as her finger traces her hourglass shape, it appears to distort in the video across the curve of her body.

The ad was posted on TikTok and has subsequently received over 21.5 million views with many questioning the ad, with the user who posted the advert on the video-sharing platform asking, “Who approved of this editing?”

However, the brand issued a statement to Page Six addressing the photoshop claims stating the incorrect Skims commercial with an “error” in it was aired by mistake.

As for the most recent image altering claims, Skims is yet to address them. 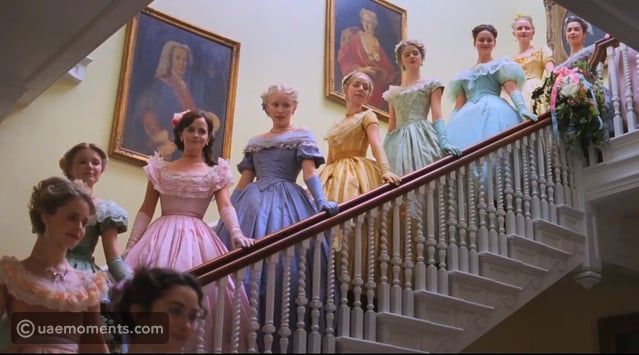 Siblings Day: Movies About Siblings to Watch with Yours!
Next Article