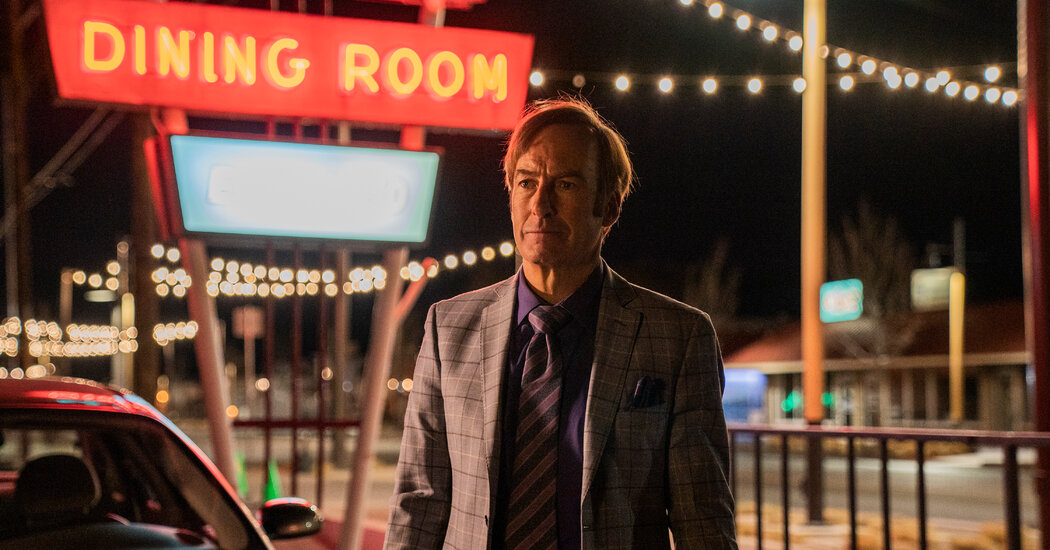 Between network, cable and streaming, the modern television landscape is a vast one. Here are some of the shows, specials and movies coming to TV this week, April 18-24. Details and times are subject to change.

CELEBRITY IOU 9 p.m. on HGTV. The brothers Drew and Jonathan Scott return with the fourth season of their show, in which celebrity guests give the gift of a home renovation to their friends or family members. The new season includes appearances by Tiffany Haddish (who surprises her best friend with a home renovation in the first episode), Howie Mandel and Lisa Kudrow.

BETTER CALL SAUL 9 p.m. on AMC. Bob Odenkirk, Rhea Seehorn and Jonathan Banks return to small screens this week with the Season 6 premiere of “Better Call Saul,” the “Breaking Bad” prequel series. The new, 13-episode season comes after a two-year break — and after a well-documented health scare for Odenkirk, who had a heart attack on the set last year. Two episodes will air on Monday night. They pick up the story after a tantalizing Season 5 finale, which included a botched assassination attempt. As the timeline in the show gets closer to where “Breaking Bad” began, fans will be on the lookout for more cameos from the original series’s cast — including that show’s stars, Bryan Cranston and Aaron Paul, who are set to appear this season.

BLACK-ISH 9 p.m. on ABC. After an extremely successful eight-season run, Kenya Barris’s Emmy-winning sitcom will end on Tuesday night. It has gone out with a bang: the final season has included cameos from Michelle Obama, Magic Johnson and Simone Biles, among many others. The show leaves behind a legacy of using the sitcom format to address racial issues, including police brutality and the experiences of mixed-race Americans.

GREAT EXPECTATIONS (1947) 10:15 p.m. on TCM. John Mills, Valerie Hobson and Tony Wager star in this classic adaptation of the Charles Dickens novel, about an orphaned boy who moves to London and becomes a gentleman with the help of a mysterious benefactor. David Lean (“Lawrence of Arabia,” “The Bridge on the River Kwai”) directs from a screenplay he wrote with Ronald Neame. In his review for The New York Times, Bosley Crowther praised their work. “A script that is swift and sure in movement, aromatic English settings and costumes and superlatively sensitive direction and acting are conjoined to make a rich and charming job,” Crowther wrote.

FREDDIE MERCURY: THE FINAL ACT 8 p.m. on the CW. Thirty years after a blowout Freddie Mercury tribute concert was held at Wembley Stadium, the CW will air a documentary about the planning and execution of the event. The show was put together less than a year after Mercury’s death, and was meant to promote awareness of H.I.V. and AIDS. The documentary includes interviews with Brian May and Roger Taylor from Queen, and with Kashmira Bulsara, who is Mercury’s sister. The interviews are paired with archival footage, including performances by Elton John, George Michael and David Bowie.

CAPTAIN AMERICA: THE WINTER SOLDIER (2014) 8:30 p.m. on FX. In the second of three Marvel “Captain America” movies, Chris Evans’s titular hero is ready to fully embrace the modern world. He joins forces with the Black Widow (Scarlett Johansson) and the Falcon (Anthony Mackie) to uncover a conspiracy within the spy agency S. H. I. E. L. D. After three movies, Evans seems to be retiring from the role: Mackie is set to pick up the red, white and blue shield for the next movie.

THE DAILY SHOW WITH TREVOR NOAH PRESENTS: JORDAN KLEPPER FINGERS THE GLOBE — HUNGARY FOR DEMOCRACY 11:30 p.m. on Comedy Central. In Jordan Klepper’s latest “Daily Show” special (his previous one, “Jordan Klepper Fingers the Pulse — Into the MAGAverse,” was nominated for an Emmy), Klepper travels to Hungary, where he explores why some American conservatives are interested in the right-wing Hungarian government.

THE TRICK 10 p.m. on PBS (check local listings). This film dramatizes the story of Philip Jones, a real-life professor at the University of East Anglia who found himself at the center of the 2009 “Climategate” scandal, in which his emails and research were stolen and leaked by climate-change deniers. Jones is played by Jason Watkins.

THE BATMAN (2022) 8 p.m. on HBO. This new Batman rethink debuted this year, with Robert Pattinson stepping into the sought-after role under the direction of Matt Reeves. The cast also includes Zoë Kravitz, Paul Dano and Colin Farrell. Its soundtrack includes a song by Nirvana — which tells you quite a bit about where Reeves and Pattinson drew inspiration from for the downbeat tone of this Batman story. In his review for The Times, A.O. Scott wrote that the problem with the movie was the seriousness that has always shrouded the Batman universe. “I can’t say I had a good time, but I did end up somewhere I didn’t expect to be: looking forward to the next chapter,” he wrote.

GASLIT 8 p.m. on STARZ. This limited series has a lot of familiar faces (including Julia Roberts and Sean Penn) and covers a familiar subject, the Watergate scandal. But it does so from a fresh perspective: The show follows a fictionalized version of Martha Mitchell, the wife of John N. Mitchell, who served as the Attorney General of the United States under President Richard Nixon. Her decision to speak out about Nixon’s involvement in the scandal had profound repercussions in her personal life — a fact that the series explores at length — before her death from bone marrow cancer in 1976.

THE BABY 10:30 p.m. on HBO. This new, eight-episode horror-comedy series follows a 38-year-old, Natasha (Michelle de Swarte), who looks upon her friends’ children with envy. Natasha ends up in possession of a baby, which should be a fulfillment of her wishes. But it turns out that the baby might be the one in possession of her. 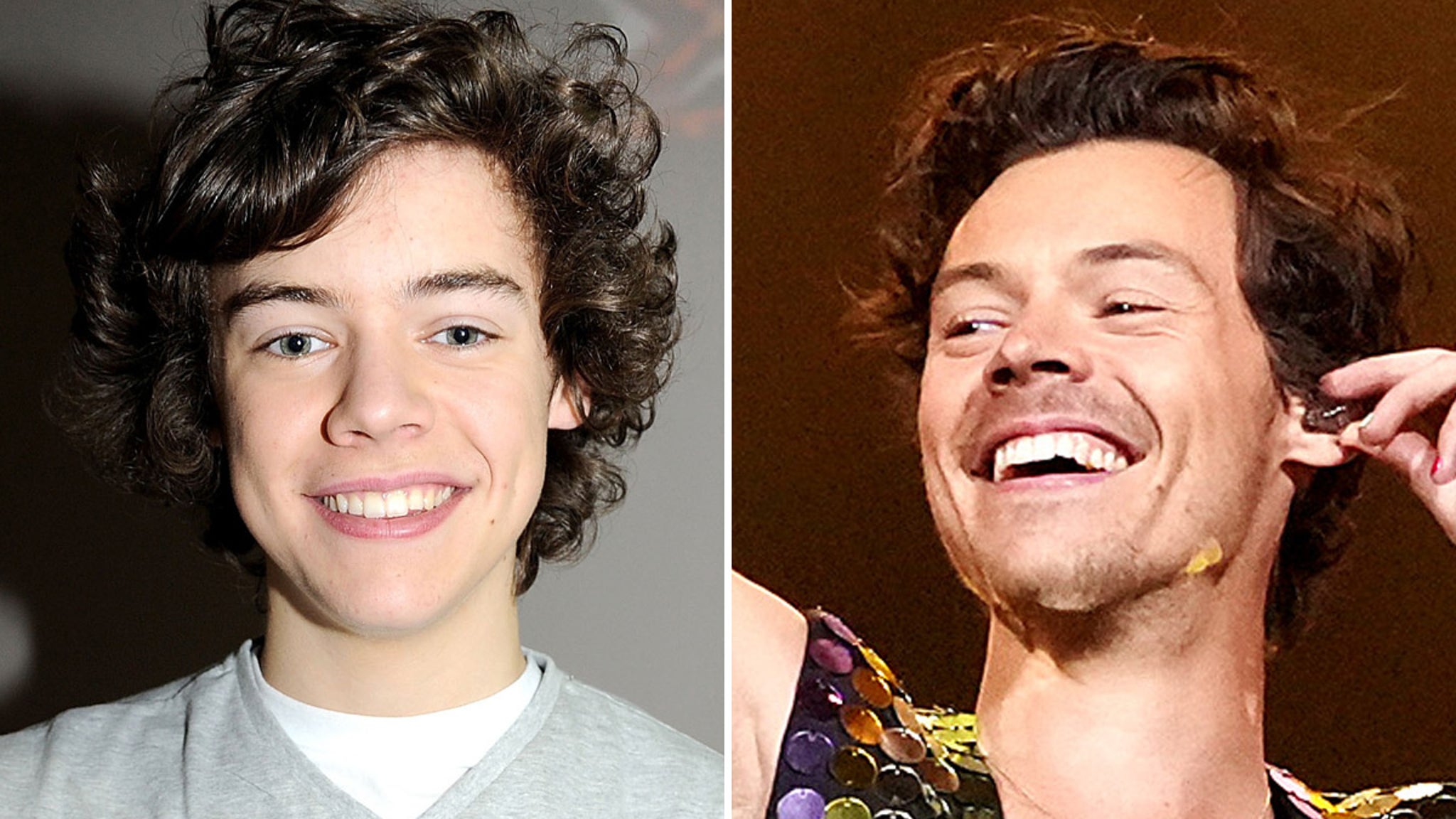