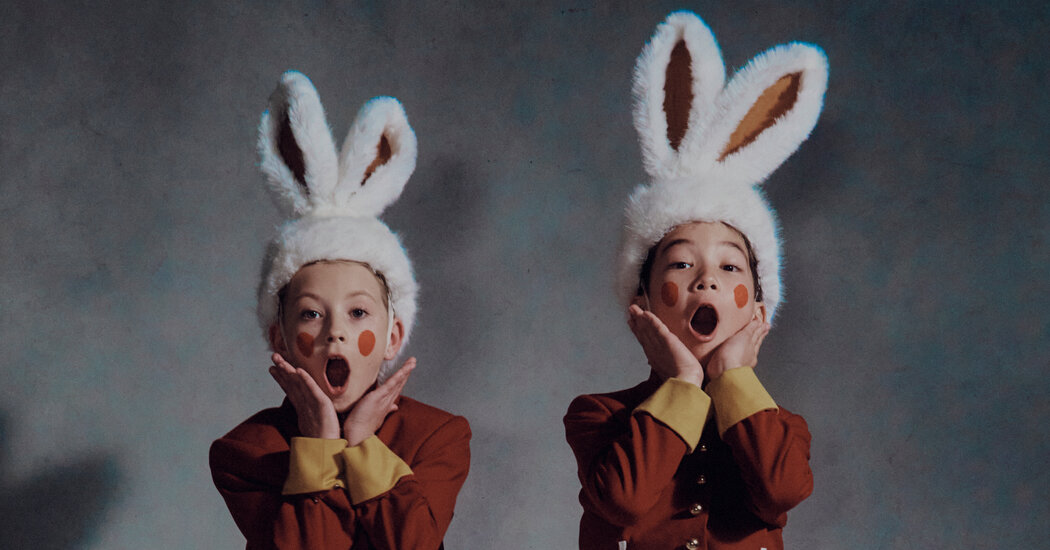 The tree, George Balanchine knew, was not going to be cheap. But when he created his version of “The Nutcracker” for New York City Ballet in 1954, he fought for it, saying the ballet “is the tree.”

Watching the tree grow, even with its creaks and trembles — will it make it this time? — is an emotional experience. The tree produces feelings! But “George Balanchine’s The Nutcracker” is also about something else: the children.

If last year’s production proved anything, it was that size and spirit matter. The littler the children are, the more enormous the stage seems, lending the tale enchantment. Yes, there are memorable adult characters: the Sugarplum Fairy and Dewdrop, Mother Ginger and the Mouse King. But the kids are the ballet’s heart, the glue — what guides us down that path to feel the feelings.

This year, rejoice! The tiny bodies are back — though, because of the pandemic, they have little experience. Of the 126 in the production (there are two casts) 108 are first-timers in the show.

Generally, they start out as Angels, progressing to more technically advanced parts — like the Candy Canes and the Polichinelles — until they age out (or grow too tall for the costumes). Along the way, they learn choreography and professionalism.

But this year, with so many starting from scratch, is different. “None of the leading dancers and most of the dancers period have never been in ‘The Nutcracker,’” Abergel said. “I’ve never had a Marie who doesn’t even know what the party scene is, or a Prince who doesn’t know the sequence of the ballet. That’s just never happened before.”

As expected, this young generation is thrilled. Eleanor Murphy, 9, who alternates the part of the Bunny with Tiaga Emmer, 8, first saw the City Ballet production when she was 3. “After the show, I was screaming because I didn’t want to go home,” she said. “I took a picture with one of the Snowflakes, which was cool. I always wanted to be in ‘The Nutcracker,’ and now I’m in ‘The Nutcracker.’”

She wrapped her arms around herself and giggled. (It’s that kind of year. The cuteness is next level.)

The Angel role instructs young dancers about diagonals — how to cross the stage and to make a circle. It teaches them how to count to music. Now, this means that she is giving the students new to “The Nutcracker,” Abergel said, “a crash course to learn everything about being onstage, about rehearsing, about how to learn choreography, about remembering it and piecing it together from one rehearsal to the next.”

This made casting, too, unusual this year, particularly when it came to choosing Marie, the ballet’s young heroine. Abergel and Arch Higgins, the associate children’s repertory director at City Ballet, weren’t able to base their decisions on size and past experience. And they had little sense of the children’s dramatic ability, which is key for Marie, who helps to carry the ballet.

Abergel made up acting sequences based on the choreography, “just to see who could convey emotion, who could tell a story,” she said. “It was very clear who stood out: Arch and I looked at each other and we were like, ‘OK, here, we go.’”

Who got the part? Two good friends, both 10, with starkly different personalities: the vivacious, dramatic Zofia Mendez and the more serene and dreamy Caroline O’Hagan. (Abergel loves it when that happens: It shows the world, she said, that you don’t have to be a specific type to be right for the role.) Zofia learned that she would be playing Marie from her mother. “My mom asked, ‘Zofia, who is Marie?’ because she wasn’t very familiar. I started crying, and my mom was so confused.”

“‘That role is amazing,’” Zofia told her mother. “So she started crying with me.”

O’Hagan first saw ‘The Nutcracker’ when she was 2½. “I would always come home and pretend to be Marie,” she said. “I never let my mom put away the ‘Nutcracker’ that she bought for me.”

Carrying the ballet on their small shoulders is one thing. Marie’s silk taffeta dress for the festive party scene in Act I, poses another challenge, less spoken of: its heft and stiffness. “When I go to sleep,” Zofia said, “I have dreams about myself in the most heavy dress, falling down in the middle of the stage. Oh, my goodness.”

Abergel is nervous about other things: The coronavirus is still circulating, which means that children could be taken out of the show at a moment’s notice. “Let’s say it was Marie,” she said. “We would call the Marie from last year. But that Marie from last year is my height, so that’s no longer an option.”

That height: just under 5 feet 7 inches. “So that’s why I’m like, just have them as prepared as possible every day,” Abergel said. “Because you don’t know what’s going to happen tomorrow.”