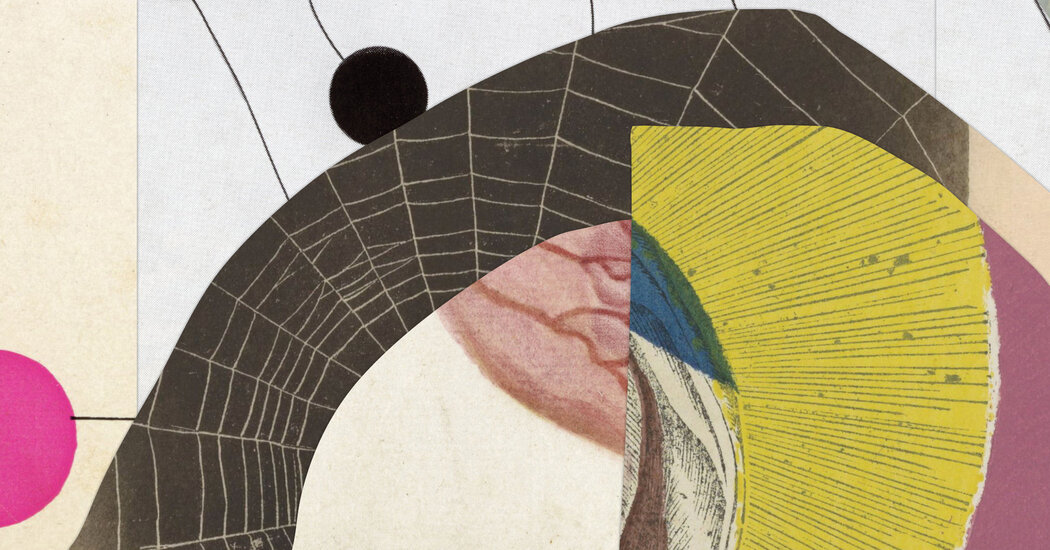 In 39 concise, impactful poems, Akwaeke Emezi’s debut collection, CONTENT WARNING: EVERYTHING (47 pp., Copper Canyon, paperback, $16), is a triumph of selfhood that painstakingly journeys between belief and becoming. Holding tenderness and rage in one breath, the Nigerian-born nonbinary author excavates trauma, divorce and loss without restraint: “what wars have been fought on me what hauntings I carry in the blaze of/unspeakable light.” Emezi has previously written a memoir and screenplays as well as fiction, but poetry feels like a natural fit for the presumably autobiographical material in this collection, which often soothes as much as it shocks.

With the scene-building intimacy of a novelist, Emezi imagines their mother meeting the biblical Mary, pretends their brother is Jesus and moves between dream and reality, grappling with questions of culture and identity to cultivate solace and, more important, self-forgiveness. “i will never know what it’s like to drown,” they write. Emezi’s ability to speak truthfully while inventing new imagery and sounds (“copper cobwebs cutting through teeth,” for one instance) demonstrates their literary dexterity.

Length-wise, “Content Warning: Everything” is more a chapbook than a book, yet it feels wide-reaching and complete: not in the sense of grand pronouncements or conclusions, but in the sense that Emezi achieved what they set out to do through verse. This book illuminates a complicated past, expels antiquated what-ifs and allows readers to share in the possibilities underscored by a wholly original and creative mind.

Solmaz Sharif’s second full-length collection, CUSTOMS (86 pp., Graywolf, paperback, $16), begins with the poem “America,” and gestures right away at one interpretation of her book’s title: “I had/to. I/learned it.” In the remaining three sections — two of which contain long, epiclike poems — Sharif navigates through actual airport customs (as in the poem “Visa”), observes the oddities of daily life (“Have you been content enough/being this content?”) and expresses her ongoing unease with assimilation.

With an anthropological eye, Sharif’s reflections on freedom, consumerism and loyalty are at once witty and incisive. In “He, Too” Sharif is interrogated by a customs agent. She writes, “Anything he asks, I must answer.” In this tense crossing, Sharif’s cynicism meets her humor with success. She tells the reader she will write a poem about this agent and it will be “anti-American.” She concludes, “I am let in until,” deftly leaving the ending ambiguous and thereby conveying a feeling of uncertainty — perhaps her own, perhaps representing the collective fear of displacement.

Line breaks speak volumes in Sharif’s work, and her ample use of white space throughout “Customs” encourages the reader to pause; to be intentional when reading and digesting each line. In “Without Which,” she writes: “No crueler word than return./No greater lie./The gates may open but to return./More gates were built inside.” The austerity of these poems wields great power. As she masterfully traverses the landscape of exile and all its complicated grief, Sharif manages, with conviction and consistency, to make the reader feel welcome.

Colm Toibin is a well-regarded Irish novelist, essayist and playwright; his long-coming first poetry collection, VINEGAR HILL (131 pp., Beacon, $22.95), is a meditative probe into the language of ordinary days. Spanning time and various themes including illness, family, religion and sexuality, the collection is a summation of many decades of writing poetry alongside his multi-genre success. (Toibin told a recent interviewer that he’s written poems since he was 12.)

Born in Enniscorthy, County Wexford, Toibin uses the title poem — by far the strongest here — to revisit Irish history from a modern perspective. (Vinegar Hill was the location of a famous confrontation between Irish “croppies” and the British Army in the Irish Rebellion of 1798.) He writes: “It was burning then, of course,/But now, it is quiet.” In this poem, Toibin is looking at the hill from his home at different times of day. “It changes as the day does,” he writes, in a line that feels like a quiet concession to time’s passage.

Toibin’s tendency to couple notable events and landmarks with memory, in such poems as “Kennedy in Wexford” and “Dead Cinemas,” highlights the writer’s mind at work — how it observes, collects precise details, makes meaning from life. In “Two Plus One,” a poem about his dead parents, he writes, “I have their two weak hearts in one/Weak heart, their eyes merged in my gaze.” Despite being at times repetitive, if not sleepy, this collection will prove insightful and revealing for fans of Toibin’s work: a lesson for fiction and nonfiction readers alike on the quality of introspection only poetry can offer.

There are over 3,000 cicada species worldwide, and this mysterious, boisterous insect has long been a stirring symbol of death and renewal in literature. In CICADA (88 pp., New Directions, paperback, $16.95), her second English-language collection translated by Brian Sneeden), the Greek poet Phoebe Giannisi offers an intimate and utterly feminine perspective on language and regeneration. As she did in “Homerica,” her 2017 contemporary “Odyssey,” Giannisi intertwines the past with the present in order to experience the world around her anew.

Broken into five sections (“Ecdysis,” “Winged,” “Earth and Sky,” “Voicings,” “Testimony”), the book converses with Greek mythology and engages science to dissect and ponder the undercurrents of transformation. “Every creature/on its path to the other/sings,” Giannisi writes. Employing mysticism and grounded imagery, she pays close attention to every detail: the “cosmic monotonous song of the cicada,” “the flowering sea,” “the body of the earth/humming ceaselessly.” This attuned ecopoet’s point of view is often obscured, almost to a fault, yet her voice remains consistently transcendent even when individual sections diverge in terms of style and approach. (“Winged” and “Voicings,” for instance, are composed entirely of prose poems.)

In the final poem, “Testimony,” Giannisi writes: “You, cicada/you don’t exist anymore/I’m coming to find you.” An architect by trade, Giannisi appears to seek through her poetry a sensorial framework for ecological writing. In “Cicada,” she makes space for new beginnings and new ways we, as humans, acquire the tools of astonishment, thus narrowing the gap between what we desire and what we actually need. 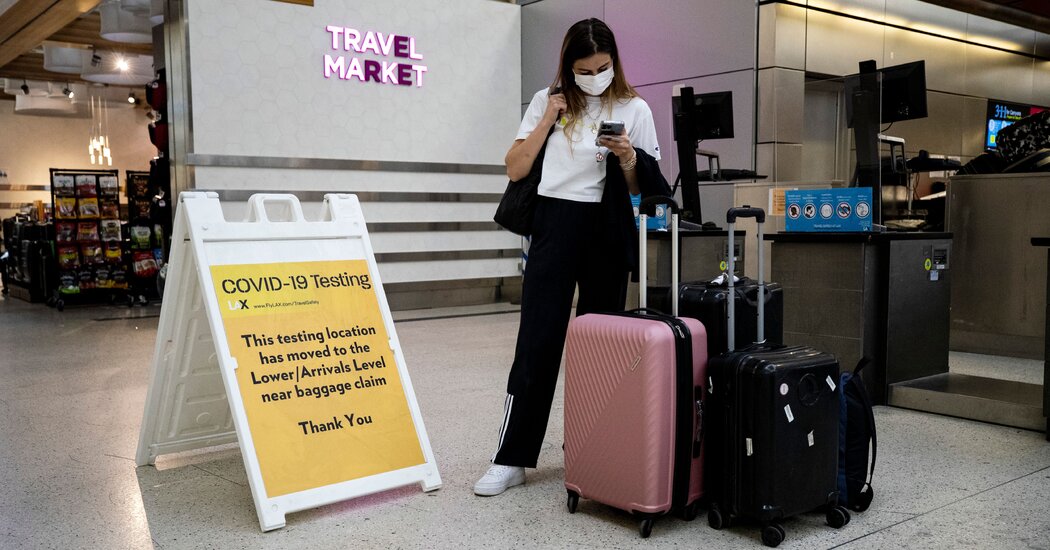 The C.D.C. extends the mask mandate on planes and public transit.
- Advertisement -