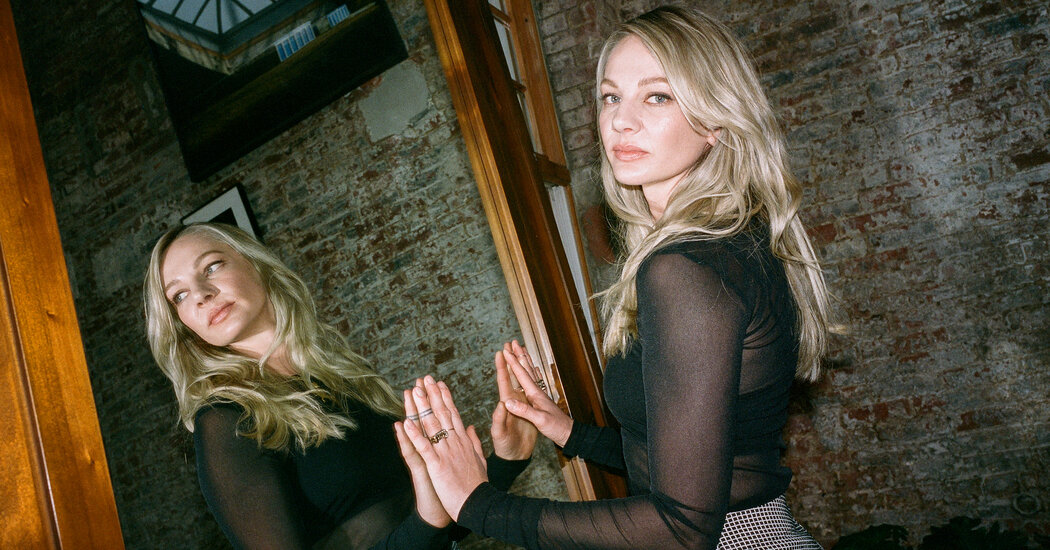 Genesse P-Orridge had come to Brooklyn on a pilgrimage. She was paying homage to her father, and namesake, the English performance artist known as Genesis Breyer P-Orridge, who sought the destruction of the gender binary by moving through surgeries and pronouns on a mission made in the name of love.

At the art gallery Pioneer Works earlier this month, Genesse began carefully constructing a sanctuary for this fallen angel of the avant-garde, who died of leukemia two years ago. Some may know P-Orridge as the cult rocker in British bands like Throbbing Gristle and Psychic TV who dabbled in the occult and left England in 1991, only months before the police raided her home and allegations of satanic rituals surfaced. Others recognize P-Orridge as one of the most influential and overlooked transgender artists of the last century.

For Genesse, deciding to participate in the Pioneer Works exhibition that opened April 15, “Breyer P-Orridge: We Are But One,” was easy. “This is about my dad,” she said. “The things that may have shocked other people weren’t so shocking to me.”

The life and work of P-Orridge has become increasingly relevant, at a time when transgender rights and nonbinary identity have been targeted by lawmakers in several states, and legislators have approved measures restricting discussion of L.G.B.T.Q. issues in public schools.

In the 1960s, the artist dropped her given name, Neil Andrew Megson, in favor of Genesis and moved to pronouns including “she,” “we” and “they.” (P-Orridge would also frequently use the pronoun “s/he,” which articulated the combination of both genders.)

The writer and visual artist William S. Burroughs became a major influence in P-Orridge’s creation of industrial music, a genre that seemed to assault listeners’ ears with loud, Dadaist clashes of sound — similar to Burroughs’s cutup technique of snipping excerpts from prose and juxtaposing them at random.

P-Orridge’s stay in Kathmandu, Nepal, after leaving England, likely changed the course of the cult rocker’s life. There, she studied Buddhist shrines and learned that the Hindu gods Shiva and Parvati are sometimes depicted in a singular form: one part female and the other male.

On Being Transgender in America

Genesse, who is 36, remembers learning about her father’s breast implants. In 2003, she was getting ready to graduate from high school when she received a collage from P-Orridge in the mail. The artwork, called “Transgen Sacredheart” and included in the Pioneer Works exhibition — features an image of Jesus Christ with the Messiah’s chest replaced by a photograph of the artist’s recognizable snake tattoo atop her new breasts.

“My dad was very mischievous and liked to push boundaries,” Genesse said. “That helped me become very well-established and comfortable with who I am and how I present to the world,” she said, explaining that she identifies as a cis woman.

Memories came rushing back as Genesse finished building the sanctuary, called “Altared State,” a domed wooden structure designed to evoke the Buddhist stupas that she visited with her father in Kathmandu. Before the exhibition opened, Genesse spent most nights in the gallery with a blowtorch in hand, scorching the altar’s base so the color tapered from black to beige at the dome’s height, where a special cross created by P-Orridge sits as a symbol of connectivity. Within the sanctuary are objects of remembrance: a wreath of hair, the artist’s gold teeth in a stone bowl and family photos. Genesse has placed her favorite artwork at the center, “Blood Bunny,” a carved wooden talisman encased in glass, soaked in P-Orridge’s blood and topped with a lock of Breyer’s golden hair.

“It’s a revelation of the intimate stories of our lives,” P-Orridge said in 2016 when the object went on view during her show at the Rubin Museum of Art in New York.

Two years after P-Orridge’s death, friends and family are still sorting through unfinished and archived works, many of which took a back seat as her leukemia progressed and she prioritized completing her 2021 autobiography, “Nonbinary: A Memoir” with Genesse’s help.

“Every surface of her apartment was crammed with what were collected objects,” explained Clarity Haynes, a friend and artist. “Every square inch of her bookshelves seemed to have a lifetime’s worth of significant objects arranged into altars.”

Small devotionals like these enhanced the mystery of P-Orridge, an aura that attracted Haynes when she painted the artist’s portrait in 2019, which focused on the tattoos, scars and charm necklace across her bare chest. Seeing the way that P-Orridge had modified and adorned her body changed Haynes’s thoughts about portraiture. “I became more interested in people who were active agents in forming their own bodies,” Haynes said. “There is something to be said for accepting the body, but it’s also interesting to think of the body as raw material, something to form and have fun with.”

The embrace of change is a theme in the Pioneer Works exhibition, curated by the dealer Benjamin Tischer, who represented P-Orridge for many years as a founder of the now-closed gallery Invisible-Exports. He wanted to focus on the artist’s “pandrogyne” project and while packing her apartment recently uncovered previously unknown drawings and videos that are included in the show.

“I have used my body as an invocation, as a prayer,” P-Orridge says while getting a manicure, in one of those recordings. “If we construct ourselves, then the self can be anything that we want it to be.”

Tischer hopes that the new exhibition will convince more institutions to start collecting the artist. And there is some momentum; last month, the Museum of Contemporary Art in Los Angeles acquired two works from P-Orridge. “She was always 20 years ahead of the curve,” Tischer said.

Despite her increasing relevance, museums have sometimes been reluctant to support P-Orridge’s eccentricities.

“Genesis could request vodka in her orange juice at 10:00 in the morning, but she was always professional,” said Beth Citron, curator of the 2016 show at the Rubin Museum, one of the largest surveys of the artist’s work.

“She worked harder than anyone else,” Citron added. “There was a lot of fear and questions about the risks of working with her.”

P-Orridge tried using her art to teach people how to live with fear and risk, and Genesse hopes that visitors to the Pioneer Works exhibition will poke their heads into her sanctuary and remember the artist perhaps not as a corporeal being, but as a spirit of eternal flux.

“My dad always wanted to be some kind of question mark, resisting definitions,” she said. “Because a question mark makes you think.” 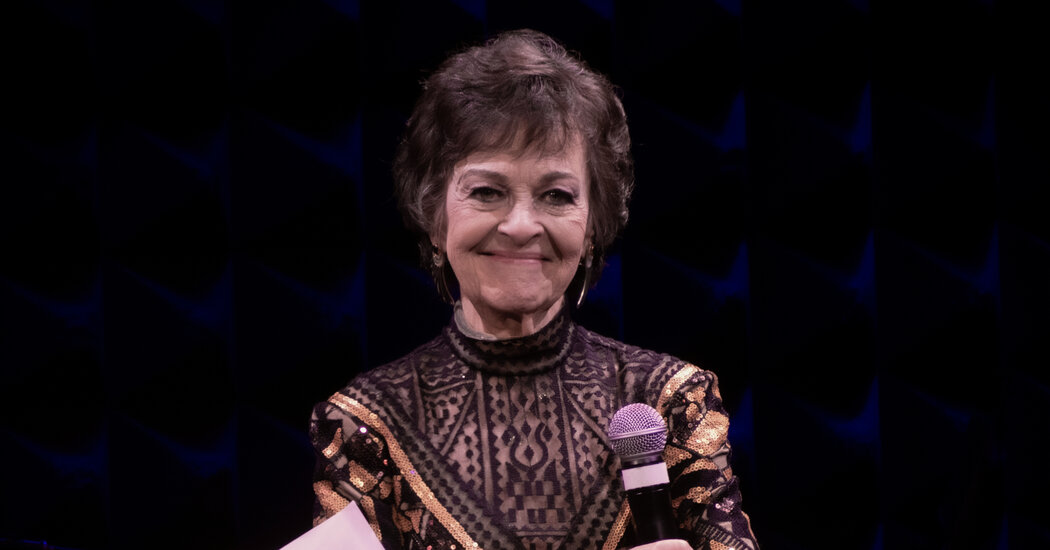