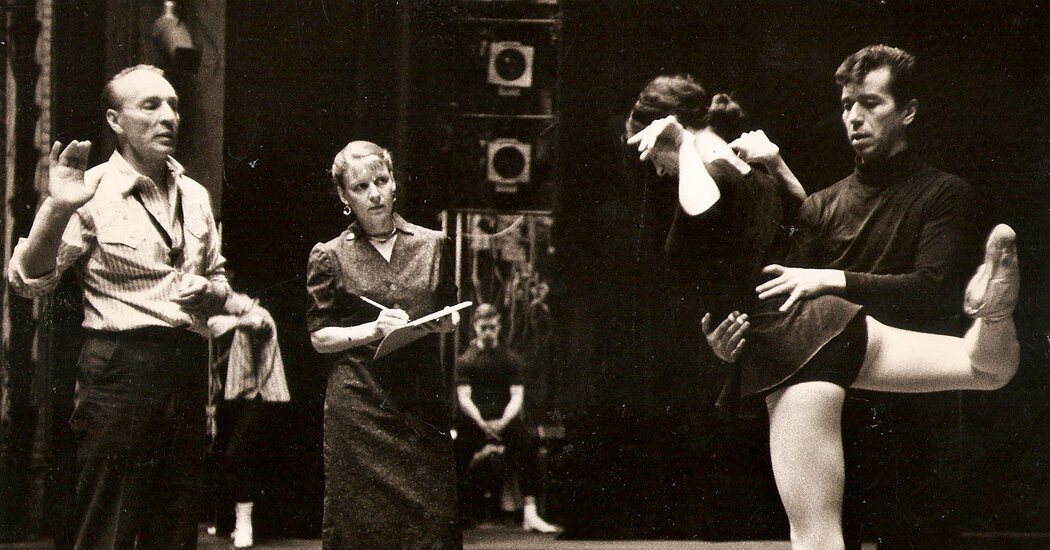 Ann Hutchinson Guest, one of the world’s foremost authorities on dance notation, the crucial practice of recording dances on paper in the manner of a musical score, died on April 9 at her home in London. She was 103.

Lynne Weber, executive director of the Dance Notation Bureau, which Ms. Hutchinson Guest and three other women founded in 1940 to promote what was then an esoteric practice, confirmed the death.

Ms. Hutchinson Guest was knowledgeable about a number of dance notation systems, which seek to preserve choreography as its creators intended rather than relying on memory or film. But she was particularly devoted to the one introduced by Rudolf Laban, which is now widely known as Labanotation, a term she is said to have coined.

She studied under Laban, who died in 1958, and she was instrumental in spreading knowledge and use of his system, as well as expanding it as the art of dance itself expanded.

Ms. Hutchinson Guest was a dancer on Broadway in the 1940s and early ’50s, appearing in musicals like “One Touch of Venus” (1943), in which she worked with Agnes de Mille, and “Billion Dollar Baby” (1945), choreographed by Jerome Robbins. By then she was already an advocate of notation, and after the long-running Cole Porter musical “Kiss Me, Kate” opened on Broadway in 1948, its choreographer, Hanya Holm, asked her to notate the show’s dances.

As a result of her work, the show became, in 1952, the first choreographic work to be registered for a copyright.

“She absolutely saw that dances should be copyrighted,” Ms. Weber, who recently worked with JaQuel Knight on notating his choreography for Beyoncé’s “Single Ladies” video, said in an interview. “She was a visionary.”

The acceptance of dance notation had been spurred by the Dance Notation Bureau, which Ms. Hutchinson Guest founded in New York in 1940 with Eve Gentry, Janey Price and Helen Priest Rogers. Labanotation is essentially “a living language,” as Ms. Weber put it, using symbols to represent dance movements.

“The printed Labanotation page looks like a combination of hieroglyphs, pictographs, Morse dots-and-dashes, doodles, and a music score turned on edge,” The Associated Press wrote in 1954, when the concept was still something of a novelty.

Once, during World War II, a postal inspector flagged notation documents that Ms. Hutchinson Guest and Ms. Rogers had sent to Laban in England, suspecting that they were some sort of espionage written in code. The same thought occurred to whoever wrote the headline on a 1951 article about Ms. Hutchinson Guest in a Sunday supplement. “That girl dancer writing down funny symbols isn’t a Russian spy,” it read, “she’s using a strange new invention that may have wide applications.”

Those applications included anything involving physical movement, from how to operate heavy machinery to the proper golf swing.

“At a time when the world of elite dance was run almost entirely by men, Guest created an important institution of women dedicated to preserving movement for posterity, using a sophisticated technique that few people anywhere had mastered,” Whitney E. Laemmli, a historian of science and technology at Carnegie Mellon University and the author of the 2017 article “Paper Dancers” in the journal Information and Culture, said by email.

“She led the effort to standardize Labanotation,” she continued, “and her promotion of the system ensured Labanotation’s continued use for nearly a century. The Labanotation guidebooks she authored are still cited today, not only by choreographers but by scientists and engineers interested in studying and simulating human movement via computer.”

Ms. Hutchinson Guest was often asked, Why bother with notation? Can’t dances just be filmed? The long answer was that film might capture only version of a piece of choreography, including any mistakes the dancers made; notation, on the other hand, was dispassionate and specific and true to the choreographer’s intent. It was the difference between hearing a symphony and seeing the individual parts of its score.

In a 1953 interview, she gave a shorter answer.

“Can they film dancers from all body angles?” she said. “And dancers’ clothes get in the way; will they dance naked?”

Ann Hutchinson was born on Nov. 3, 1918, in Manhattan. Her father, Robert, wrote detective stories. Her mother, Delia Dana, was a granddaughter of Henry Wadsworth Longfellow and of Richard Henry Dana, author of “Two Years Before the Mast.”

Counterintuitively, Ann owed her lifelong interest in dance to illness, as she explained when she opened the Chance to Dance contest at Jacob’s Pillow in Massachusetts in 2019 — yes, at age 100 — with a brief talk and solo dance performance.

“At the age of 8, I had a burst appendix,” she said. “I was given five hours to live. I was in bed for a month. A year later I had another major operation — in bed a month. For two years I could only walk. I was not allowed to run, jump, swim, climb trees or anything like that. I was very heavy on my feet, and my mother said to the doctor, ‘What do we do?’ ‘Give her dance lessons.’”

She spent much of her childhood in England living with her father and stepmother. While attending a boarding school there, she continued to pursue dancing and expressed interest in further dance studies. A family friend suggested the Jooss-Leeder School at Dartington Hall, where dance was being taught using Laban notation and where Laban, who was Hungarian, arrived in 1938 after fleeing Naziism. She studied there for three years.

“I was always bottom of the class” in terms of dancing, since she had started later than the other students, she said in a brief film about her life made in 2020, “but I was good at the notation.” The choreographer Kurt Jooss asked her to notate his ballet “The Green Table.”

At 21 she returned to New York to pursue a dance career, and soon she had met other proponents of the Laban system. They taught Labanotation to others and built up a library of notated dance works, including ballets by George Balanchine. In 1954 Ms. Hutchinson Guest published “Labanotation,” an introduction to the system. Balanchine wrote the preface. A fourth edition was published in 2005.

Ms. Hutchinson Guest’s other books include “Your Move: A New Approach to the Study of Movement and Dance,” first published in 1983 and updated with Tina Curran in 2007. In 1967, Ms. Hutchinson Guest established the Language of Dance Center in London to promote dance teaching methods she had developed and to bring movement education to children, with an emphasis on the underprivileged and those with special needs. In 1997, she and Dr. Curran established a similar organization in the United States.

Ms. Hutchinson Guest’s marriage in the 1940s to Ricky Trent, a trumpeter she had met while performing in “One Touch of Venus,” ended in divorce. She married Ivor Guest, a noted British dance historian, in 1962. He died in 2018. She leaves no immediate survivors.

Ms. Hutchinson Guest was knowledgeable about other dance notation systems, besides Labanotation, including some developed by well-known choreographers only for their personal use. One of her most satisfying projects, she said, was working with the dance historian Claudia Jeschke to decode the notation system used by Vaslav Nijinsky to record his 1912 ballet, “L’Apres-Midi d’un Faune” (“Afternoon of a Faun”).

That famed work had been passed down over the years based on dancers’ recollections, reviews and other secondary sources, but the decoding work produced a version that Ms. Hutchinson Guest believed was closer to what Nijinsky had intended. First staged in the 1980s, it featured, among other things, a more active role for the nymphs in the piece.

“So many of the memory-based versions, they lost a lot of what the nymphs did, why they did it,” she said in the film. “I feel that Claudia and I were able to bring to life Nijinsky’s ballet as he had wanted it, and every time we produce it, it’s a joy.” 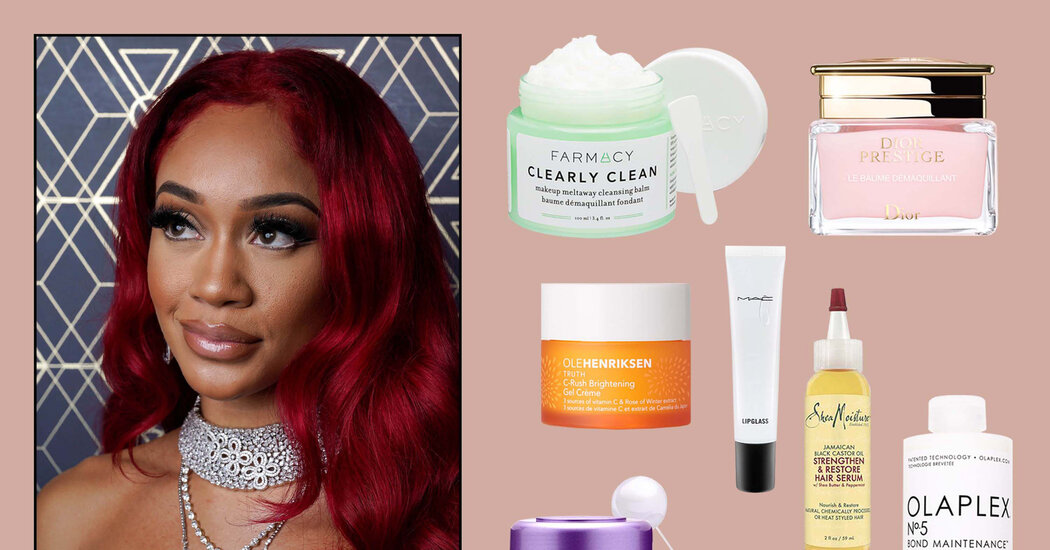 The T List: Five Things We Recommend This Week
Next Article The Ultimatum’s Nate and Lauren Reveal Their Wedding Plans
- Advertisement -